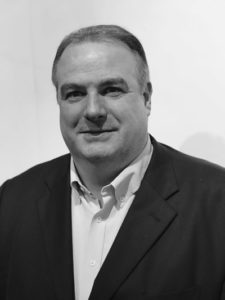 Michael Van Gompen was born in 1967, and is a freelance Conservator-Restorer of timepieces, and mechanical and scientific instruments. He is also a recognised expert in horology.

Passionate about horology since he was ten years old, he gained a diploma in horology from the Institut des Arts et Métiers, Brussels (1989); and a diploma in the conservation-restoration of timepieces from the Edward James Foundation, West Dean College, Chichester, UK (1992).

On completing his studies, he worked for a couple of years in London – in the clock and watch conservation workshop of David Newell, who at that time was Conservator in charge – for the Wallace Collection, and for Sotheby’s.

Michael returned to Brussels in 1994 to set up his own business.

Since then he has become highly regarded in his field, and holds the following positions:

Consultant and Conservator-Restorer for the Établissements Scientifiques Fédéraux of Observatoire Royal and for the Musées Royaux d’Art et d’Histoire, Brussels.

He recently restored the major clocks of the museum Chateau de Jehay, Amay and the Sarton astronomical clock of the M museum in Leuven.

Founder and Manager of the Limited Company Horlogerie Ancienne Sprl. (2005)

Recipient of the title Royal Warrant Holder of the Belgian Court presented by His Majesty the King. (2015)

President of the Association Professionnelle des Conservateurs-Restaurateurs d’Œuvres d’Art (APROA-BRK). Past President of the European Confederation of Conservator-Restorers’ Organisations (E.C.C.O.).

Member of the Chambre Belge des Experts en Œuvres d’Art and of the European Confederation of Art Experts (CEDEA).

Vice-president of the European Council of the Liberal Professions (CEPLIS) and Treasurer of the Union des Professions Libérales et Intellectuelles de Belgique (UNPLIB).

Delegate for Belgium of the Association Française des Amateurs d’Horlogerie Ancienne (AFAHA).  He also represents the profession of Conservator-Restorer before the Federal Authorities and consequently has a seat at the Conseil Supérieur des Indépendants et des PME (CSIPME). 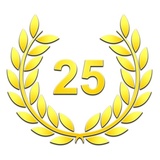 We use cookies to guarantee you the best experience on our website. If you continue to use this site, we will assume that you are satisfied with it.Ok